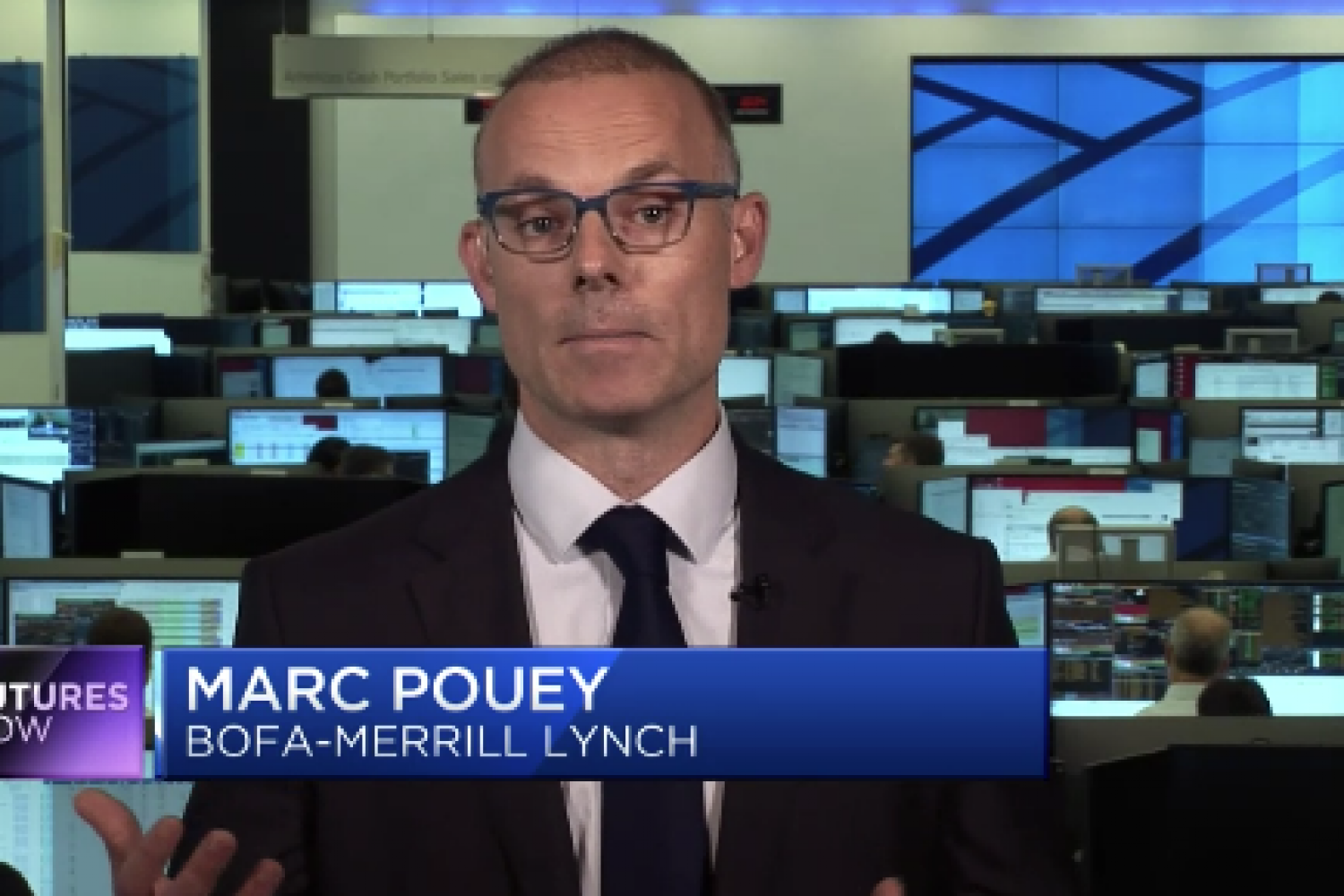 Bank of America-Merrill Lynch is warning investors not to chase the rally.

Even though it’s predicting the end is near, the firm isn’t advocating a strategy which would push money to the sidelines.

“The market is trading quite elevated,” said Marc Pouey, BofA Merrill Lynch’s senior U.S. equity strategist, told CNBC’s “Futures Now” recently. “But I think underneath the surface there are quite a few opportunities out there.”

According to Pouey, there are two sectors which will likely be immune to a broader market downturn.

“Two of the glaring areas for me are financials and in health care which are both trading at a discount to the market here,” he said.

He made the case for health care based on the sector’s history.

“If you look back over the last three years or so, consistently — every single quarter — health care delivers top-line and bottom-line beats outside maybe a couple of quarters. They are really delivering the goods there,” said Pouey, noting that biotech is a shining area, too.

In a special note to CNBC, he called the environment a “sentiment driven market with the S&P 500 trading at a 17.8x forward price/earnings (PE) ratio, at cycle highs, and 1.5 multiple points above pre-election levels.”

As for market risks, the biggest issue is the lack of one.

“Near-term, there probably aren’t many risks, which is maybe the biggest risk,” Pouey said.

One spot he particularly finds negative is small-cap stocks. Pouey urged investors to fade the rally that area — pointing out its forward PE is within just one percent of cycle highs.