BofA Is Now Worth (Slightly) More Than Wells Fargo 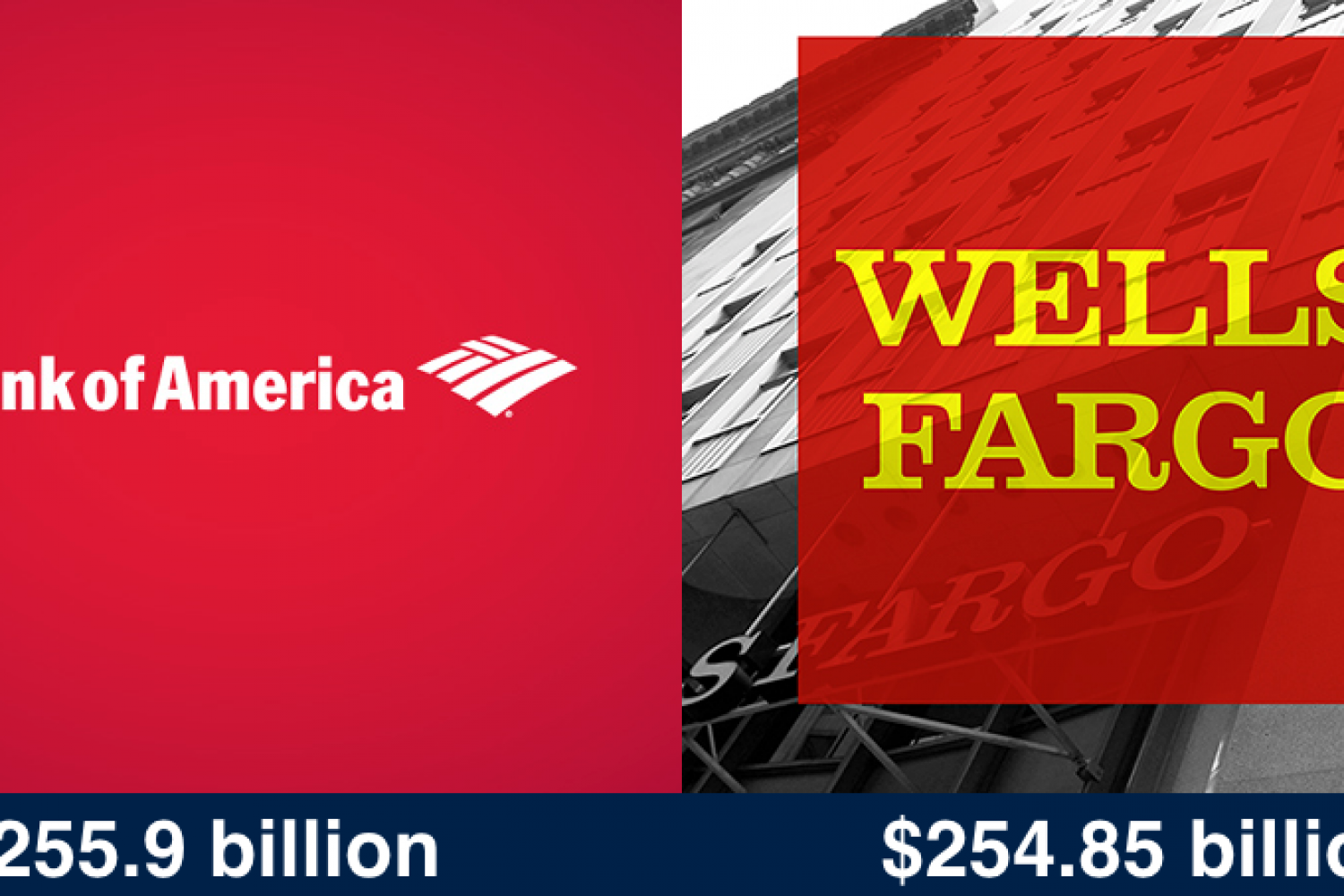 One of the most amazing reversals in the annals of financial services is now official. As of September 13, Bank of America’s market cap has edged past that of its arch rival Wells Fargo. At 10:30 AM, Bank of America’s value stood at $255.9 billion, just over $1 billion higher than Wells’ cap of $254.85 billion. Of course, the contest is so close that BofA could slip easily slip behind within hours or days, so we’ll call the race between the banking behemoths a tie.

The odds that BofA could possibly catch Wells seemed long indeed as recently as the summer of 2015. On July 20th of that year, BofA was worth just $188 billion versus $299 billion for Wells. But in just over two years, the entire $111 billion gap has vanished, as BofA’s stock has roared 34%, and Wells’ shares went the other way, suffering a drop of 11.4%.

BofA’s market value got a big lift in late August, when Warren Buffett exercised warrants to convert his giant holdings of preferred stock into 700 million common shares. Buffett, who’d delivered a sorely needed endorsement to then-beleaguered CEO Brian Moynihan by investing $5 billion in BofA preferreds in 2011, locked in a profit of $11.5 billion. The conversion to common shares boosted BofA’s share count by 6.6%, providing the extra lift that enabled it to catch Wells.

BofA’s rise and Wells’ decline also represents something of a reversal in strategies. During the financial crisis, BofA was the reckless gambler that got hammered, and Wells the prudent player that emerged relatively unscathed. But since becoming CEO in 2010, Moynihan has charted a conservative course of shunning risk and catering to the expanding needs of today’s customers, while Wells nurtured a go-go sales culture that exploded into scandal when it was disclosed that employees created fake customer accounts to boost their bonuses.

In banking, JP Morgan Chase remains the champ, boasting a market cap of $321 billion, 25% higher than its two closest rivals. The chance that BofA rather than Wells would emerge as the most likely challenger to JP Morgan seemed impossible two years ago. Moynihan argues that given its gigantic, low-cost deposit base and strength in the fast-growing Southwest, BofA’s run is just beginning. And don’t count Wells out; it remains enormously profitable despite the damage to its once-sterling brand. Suddenly, the contest to become America’s most valuable bank has become a three-way race.